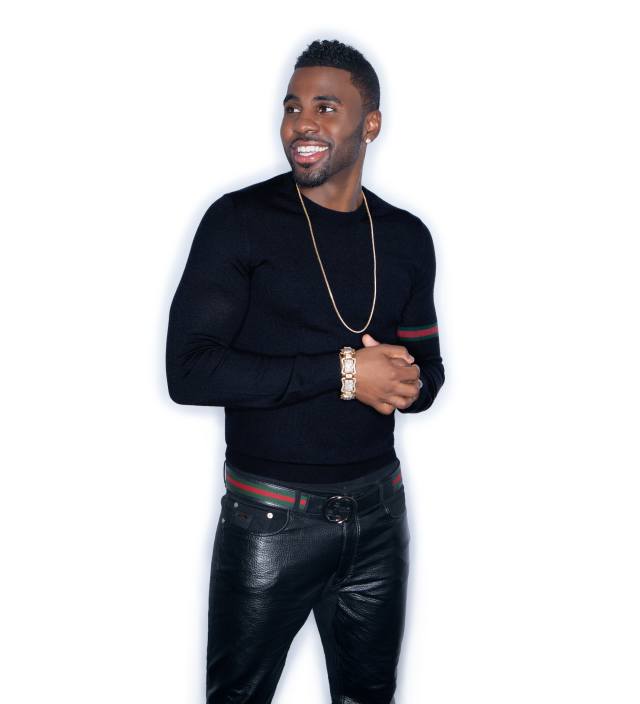 There's this Disney covers compilation album coming out October 30. It's a cool concept, with artists like Kacey Musgraves, Jessie Ware, Ariana Grande, and Fall Out Boy all putting out their spins on Disney classics. So far, what we've heard has been interesting, but let's be real: There's one Disney song that is far and away the best Disney song, and that song is "Can You Feel the Love Tonight." There's a reason holding stuff up like it's your lion cub Simba and saying "Nants’ Ingonyama" is a meme. Everything about The Lion King is iconic. Don't believe me? Are you getting worked up right now? Could you use a mantra to talk you down from this ledge where you're angry I'm slighting whatever your favorite Disney movie is? Well I've got one for you: Hakuna matata. Heard that before? Yeah, because of The Lion King. My point stands.

And who better to sing it than Jason Derulo, whose smooth voice is the living embodiment of hakuna matata, whose abs would put even an unrealistically proportioned Disney prince to shame? Does Derulo dramatically alter the source material? Not really, and thank goodness for that. This is a pure song, and Jason Derulo wants to sing it because he know it will make you cry. Per his artist statement video:

"I felt like it was the song that touched me the most out of all Disney movies, out of all Disney songs that I've experienced. When that song plays within the Lion King, it just makes you feel something. It brings you to tears. Even watching that movie as a grown-up, I mean I feel like that song just brings something out of you. At any age. You know, you can go to see the Lion Kingon Broadway, and that song just makes you feel something instantly."

Fortunately, one day, all this will be yours. Everything the Jason Derulo slapper touches. You can pre-order the album here and check out the song below: