As Verve Music Group Chairman/producer David Foster puts it, the music from Walt Disney’s films is timeless. With that in mind, Foster spearheaded the all-star compilation album, We Love Disney, by attempting to “make it sound as if it was recorded 30 years ago or 30 years from now.”

The album, out October 30, was spurred by the success of a similar Disney-themed album that was such a hit in France that Universal Music Group Chairman/CEO Lucian Grainge sent out a mandate to make a global version. Foster, a 16-time Grammy winner whose resume includes work with artists ranging from Whitney Houston and Barbra Streisand to Michael Bublé and Rod Stewart, was tapped to spearhead the project. 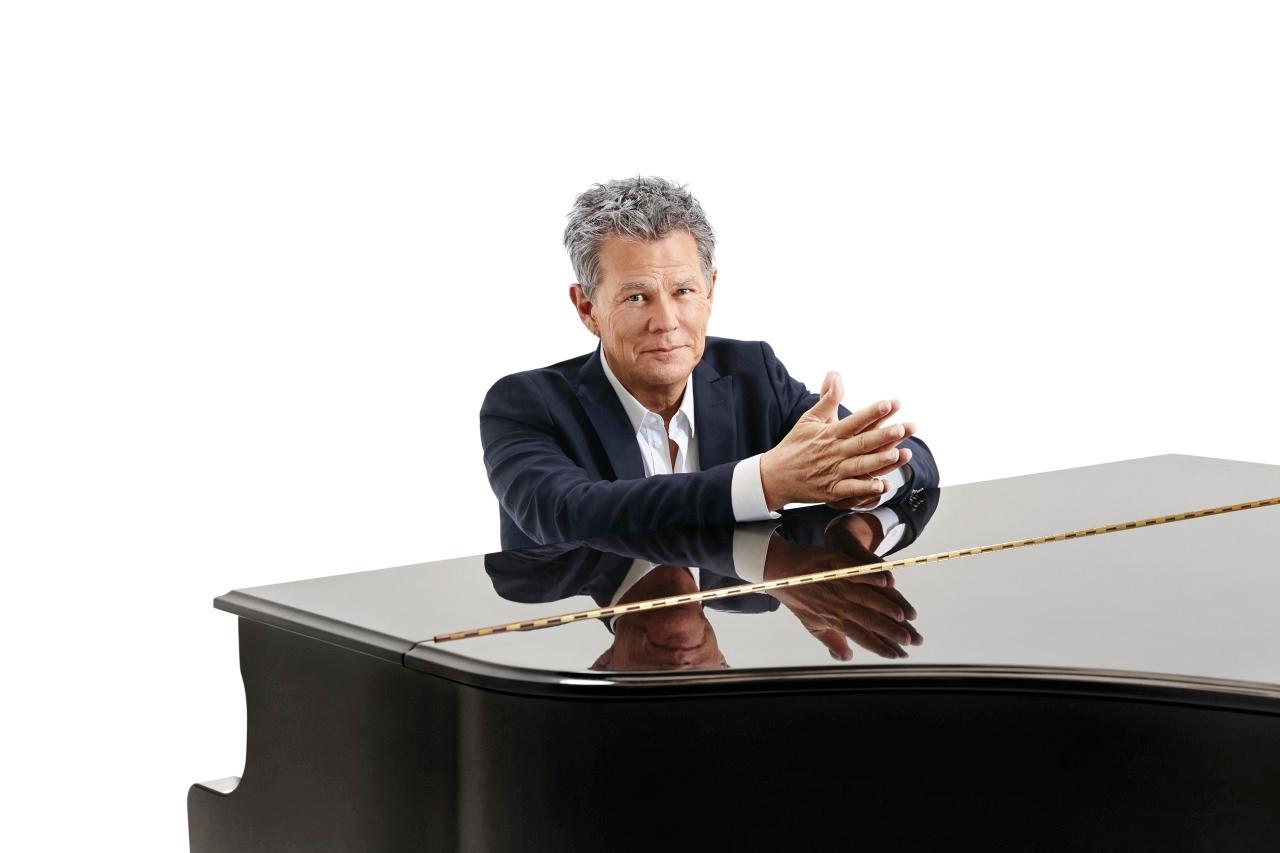 Although there have been other all-star Disney tributes in the past – including 1988’s Stay Awake: Various Interpretations of Music from Vintage Disney Films, which featured Bonnie Raitt, Suzanne Vega, Sinead O'Connor and others; and 1991’s Simply Mad About the Mouse, with Billy Joel, Harry Connick Jr., Michael Bolton and others – Disney has released several blockbuster soundtracks since.

We Love Disney showcases songs from those latter-day films, such as Frozen, Aladdin, Hercules, Pochahontas and The Lion Kingalongside classics from vintage movies such as Alice in Wonderland,Mary Poppins, The Aristocats, and Cinderella with a lineup of artists that includes Ne-Yo, Jessie J, Jason Derulo, Gwen Stefani, Ariana Grande, Fall Out Boy, Tori Kelly, Kacey Musgraves, Rascal Flatts, and others.

The first artist to sign on for the project was Ariana Grande, who tackles “From Zero to Hero” from Hercules. Ne-Yo and Jason Derulo soon followed. “After that, we knew we were onto something,” Foster says. The album’s lineup features a mix of artists Foster has previously worked with, such as Ne-Yo, Derulo, and Jesse J; friends, such as Stefani; and new talents like Jhené Aiko and Charles Perry.

There were also some surprises that came from the suggestions of affiliated labels, including Universal Nashville, who hipped Foster to Kasey Musgraves. The rising country singer originally wanted to do a song from Robin Hood, but Foster had other plans. “As soon as I found out that she was going to be involved, I got stuck on ‘A Spoonful of Sugar,’ the Mary Poppins song,” he says. “I thought this would just be great for her. We convinced her to change songs and she just killed it.”

In matching the artists with the songs, Foster says he "tried to appeal to their Disney-ness.” In the case of Derulo, Foster suggested five or six tunes and the “Talk Dirty” singer picked “Can You Feel the Love Tonight/ Nants’ Ingonyama” from The Lion King. “That song had special meaning to him when he was a kid,” Foster says. On the flip side, Foster says Stefani picked “The Rainbow Connection” from 1979’s The Muppet Movie because it was a song she sang to her children.

“Everybody, whether you’re 3-years-old or 103, has a Disney story and it’s always positive, other than a parent, who has maybe heard 'Let It Go,’ too many times,” Forster quips. “Other than that, it’s all positive.”

Of course, that omnipresent song from Frozen is on We Love Disneyand Foster acknowledges recording a new version came with its own unique challenges. Foster recruited Jay DeMarcus of hit country act Rascal Flatts who Disney suggested pairing with Pretty Little Liarsstar Lucy Hale. "So we were dealing with a duet, so we could divide up the lines a little differently,” Foster explains. “And we put a country spin on it, courtesy of Jay.”

In the case of “Friend Like Me” from Aladdin, Foster says he did the song with Ne-Yo in mind, but he completed the arrangement and instrumental track before he approached the artist. “I wanted it to be big band swing and I know that Ne-Yo is one of the few contemporary artists that can really walk in that world, that Sinatra- Bublé world, although that’s not the way he makes records,” he says. “I knew from working with him before that he had that snap in him, so I made that track with him in mind, hoping he would go for it. When he heard it, he jumped on it.” Ne-Yo’s producer Charles “Kizzo” Kizzee provided an assist to make sure the track was “Ne-Yo ready,” Foster adds. 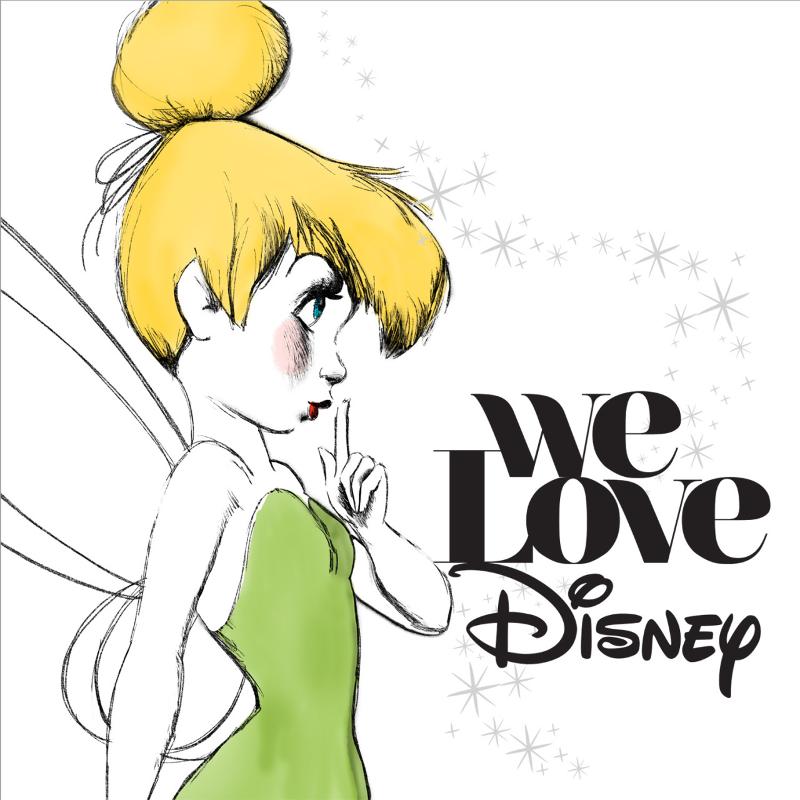 For other tracks, Foster took a different approach. British singer Jessie Ware was recruited to sing “A Dream Is a Wish Your Heart Makes” from Cinderella after another singer opted for another track. “I had that song in the vault for awhile, and when I thought about Jessie Ware, I went, yes, this is perfect,” he says. “She brings another level of credibility to this project. She can pull it off. When she heard it, she went, 'Wow, this will be very challenging, but I’m up for trying it.’” Due to scheduling conflicts, the vocal was recorded via the Internet, with Ware singing from London and Foster in Los Angeles.

In the case of Fall Out Boy, Foster allowed the band to do their own thing. “We talked, but in the end, they didn’t need my help,” Foster says. “They thought The Jungle Book was kind of, as [singer] Patrick [Stump] says, 'Punk rock.’ They did a great job turning that song into their template. And, again, I don’t think it necessarily sounds like it was recorded today. It could have been recorded 10 years ago for 10 years from now. The word timeless and Disney go hand and hand and I wasn’t going to be the one to break that rule.”